WordPress.com Announces Marketplace Vision, Plans To Partner With Developers in the WordPress Ecosystem

Donna Cavalier announced the vision of WordPress.com’s marketplace earlier today via the site’s news blog. This future will include bringing more premium themes, plugins, and services to users. Automattic, the company behind the site, will be partnering with third-party developers to bring these commercial offerings to its customers.

Plugin developers, theme designers, and WordPress service providers can get on the early-access list by filling out the form on the announcement post.

In late January, WordPress.com announced a limited, in-house plugin marketplace. This was the testing ground before opening the gate to others. The launch included six WooCommerce extensions and has since grown to eight. The pricing plans range from $4 to $21 monthly and $44 to $224 annually, depending on which plugin is purchased.

Users must currently be on a Business or eCommerce plan to install plugins. If paid annually, these plans run $300 and $540, respectively. For some users, the addition of commercial plugins will be out of reach unless WordPress.com opens this to the lower-priced Premium or Personal tiers.

We’ll definitely open up this program more in the future, first with a few top premium plugins to beta test things including payments and tracking, and then will open it up more to whoever wants to be a part of it.

We’ve got about 2 million people with saved payment details that we can make it one-click easy to folks to upgrade, so hopefully this represents a big new potential audience and customer base for people selling things in the WP ecosystem. And of course, we will prioritize working with developers and companies who participate in Five for the Future and contribute back to the WP community.

A built-in audience of 2 million users will likely entice many developers within the ecosystem. This could be a boon for those looking to grow their audience.

However, the devil is always in the details. The announcement did not include the finer points, such as the profit split and what might be a rigorous process, judging by the Marketplace Guidelines.

By prioritizing those who contribute to Five for the Future (5ftF), WordPress.com may limit the pool to companies who can afford to put time back into the open-source WordPress project. This could put smaller companies or new developers in the space at a disadvantage. Some just need help getting a foot in the door.

5ftF is an initiative that encourages organizations to contribute five percent of their resources to WordPress.

The program also only recognizes hours contributed via a Make Team. There are no other selectable options via the Contribution tab on WordPress.org profiles. Hours spent developing free plugins, themes, and alternative ways to give back to the community go uncounted. These types of contributions can easily extend beyond 5% of a developer or company’s time or resources. 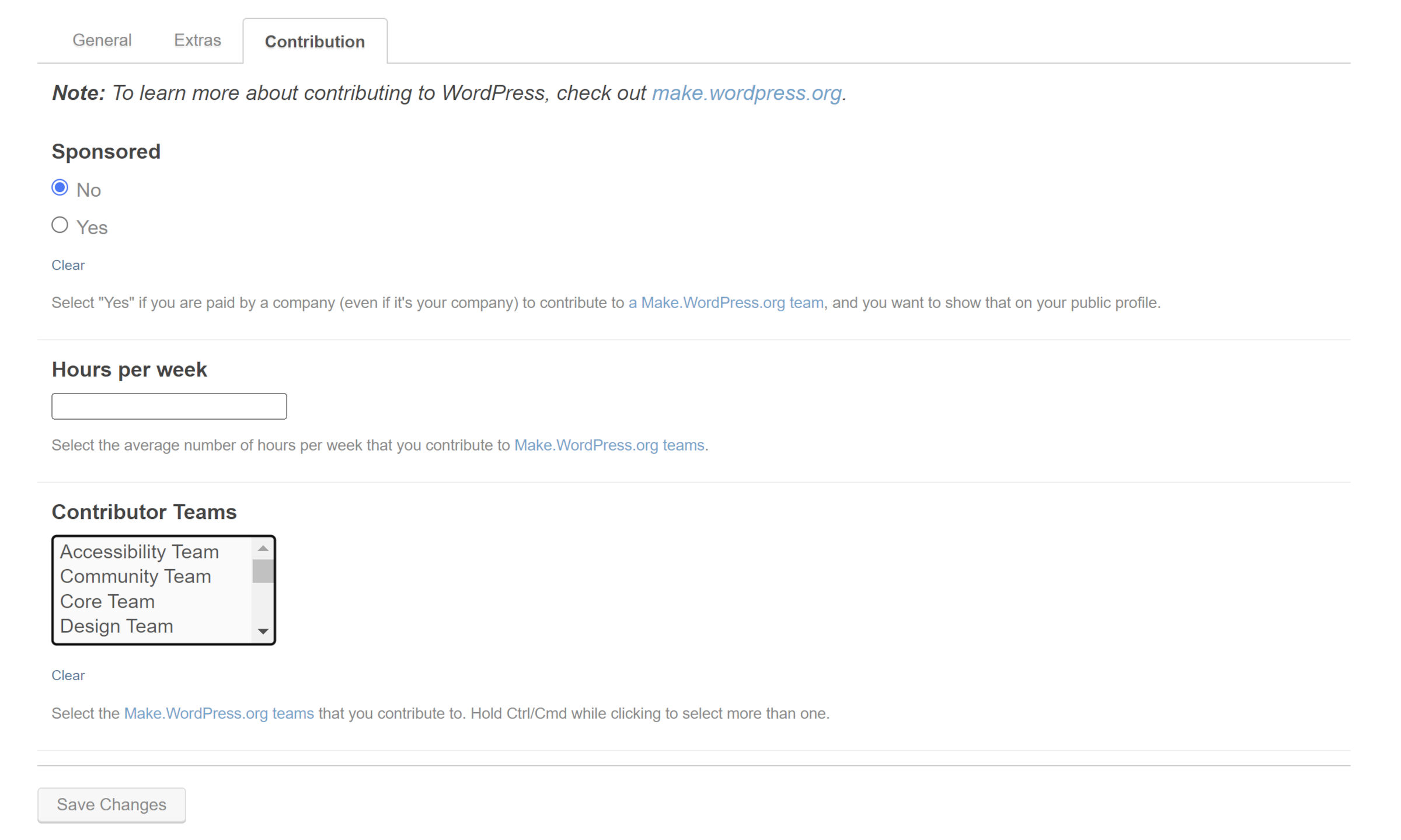 There is also an issue of fake and dormant 5ftF pledges. Andrea Middleton noted in a post last August that this has been a problem since the system was put in place in 2019:

The program runs on the honor system, and it wasn’t clear how much of a risk that would be, at launch. Two years later, there have certainly been more “spam” pledges than anyone would want, and surprisingly (to me) few reports of fake or spam pledges. What that tells me = either people don’t go surfing around in the pledge lists, checking for accuracy, the Report feature is too hard to find (unlikely), or people don’t really care whether pledges are accurate or not.

I do think that a substantial number of false/fake/spam pledges are a problem, because they depreciate the value of the sincere/active/real pledges. If we never intend to clean up the rolls, then we should probably consider shutting down the program or putting more disclaimers on the site.

Ian Dunn, a WordPress contributor via Automattic, opened a tracking ticket on GitHub to clean up inaccurate pledges four days ago.