BuddyPress 10.0.0 “La Pino’z” was released today, named for a popular pizza chain in India with more than 350 restaurants.

This major release introduces a Site Membership Requests feature, which can be enabled in the Options screen of the BuddyPress settings menu in the admin. When active, it changes the registration process so that visitors can submit a membership request, which must be manually approved by a site administrator. 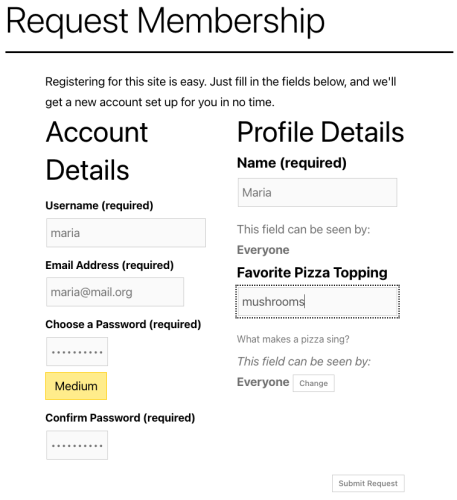 Pending accounts can be managed in the admin on the Users screen. Check out the BuddyPress codex for screenshots of every step in the site membership requests workflow. 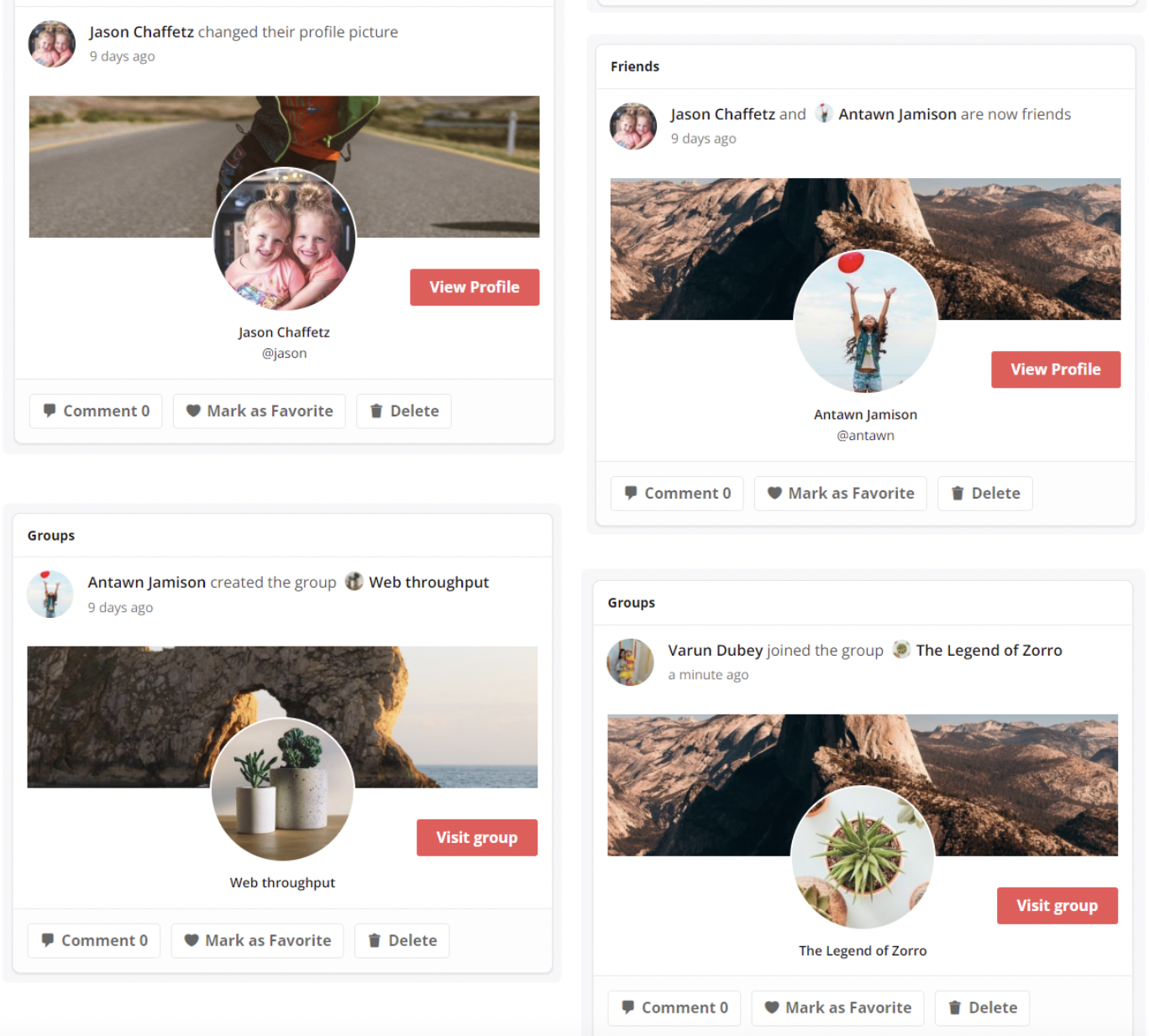 “The new update also saves your avatar change timeline,” BuddyPress developer Varun Dubey said in the feature’s dev note. “For example, when a user uploads a new avatar, the previously uploaded one is moved inside a history subdirectory of the user’s avatar directory. This avatar’s history is then available for the new_avatar activities to display the avatar the user had when these were published.”

Users will also notice a new “Recycle” tab inside the change profile photo UI that lets them manage and delete previously uploaded avatars.

Other notable additions include updates to the BuddyPress administration UI, with screens that match the layout WordPress uses for its tabbed screens like Site Health or Privacy.

Version 10.0.0 introduces a new BuddyPress Add-Ons tab on the “Add Plugins” admin screen where users can find stable BP Components or BP Blocks that are maintained by the BuddyPress development team. These are features they have decided to keep independent from core but want to make more widely available in the plugin directory. The BP Search Block is the first to be displayed on this screen. 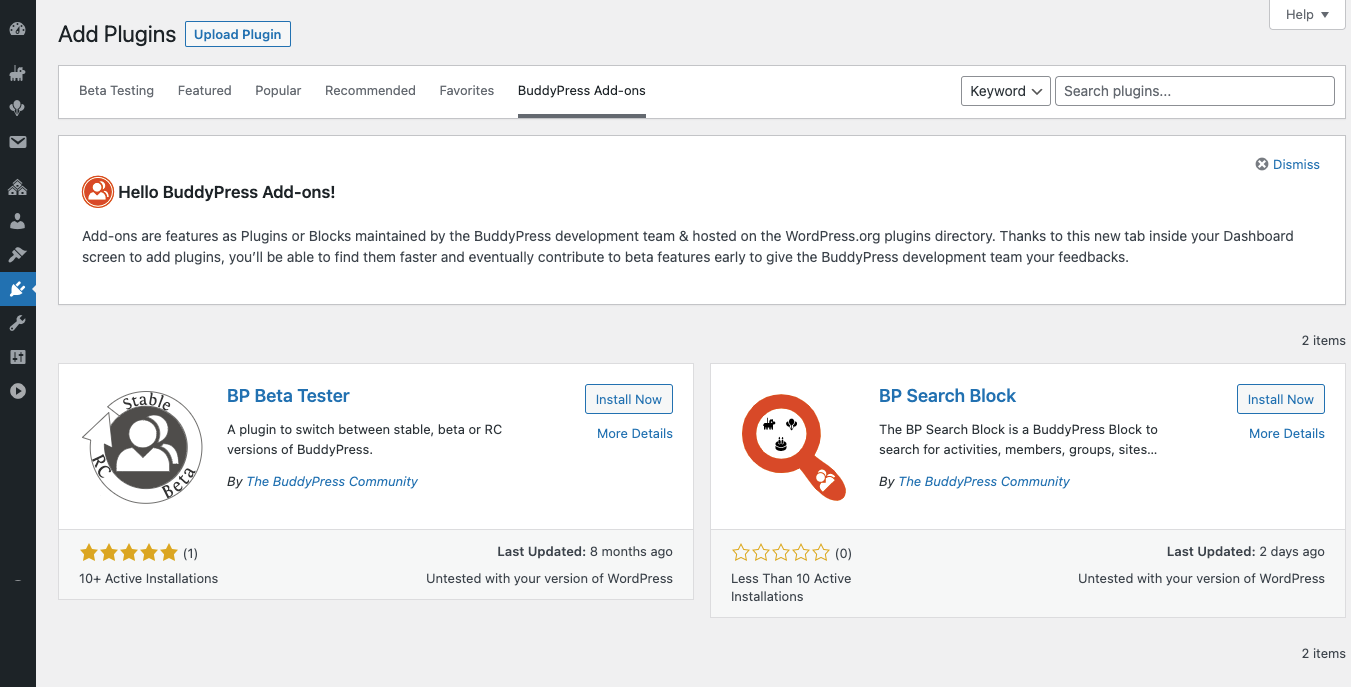 This release updates the BP Theme Compatibility API so that BuddyPress content is compatible with FSE in WordPress 5.9. It also adds companion stylesheets to the BP Nouveau Template Pack for compatibility with the new Twenty Twenty-Two default theme.

For a full rundown of everything new in 10.0.0, including more than 70 changes and performance improvements, check out the release notes.